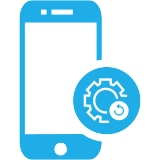 Note: Currently it supports only Samsung Android phones and tablets.

In our day to day life we face many abnormal problems on our Android phone and tablet. So, if you have come across any abnormal behavior or symptoms then it is highly possible that Android system has gone corrupt or wrong.

A person who is expert can easily solve the issue, but for the common people it becomes a headache. This Android Repair tool fixes all types of Android system problems like a pro.

Repair Android In Just Few Minutes And Its Very Easy

This Android Repair Tool put all its efforts to find a proper firmware to flash your Android device. With the help of this Android Repair, one can easily repair Android system in just few minutes and in few mouse clicks.  It is very easy to use because during the Android system repair process, the software display the on-screen instructions guiding you what to do next.

Problems/Errors Or Issues That Repair (Android) Can Fix

This Repair (Android) tool allows users to repair their Android system and fix it to normal in several issues and scenarios. Some of the problems it can fix/repair are mentioned below:

How To Guide Repair (Android): Steps To Repair Android System To Normal

Everybody can use this Android Repair software because it does not need any technical knowledge to repair your Android phones and tablets. This software works in depth system recovery and erase all your phone’s data, therefore you are advised to back up your Android device before using this Repair (Android) to fix the issue.

Click on the image below to view detailed guide.

Customer Service: Customer service is always available to help you by email response within 24 hours.

100% Safe & Secure: This software protects your privacy and personal/financial data with advance and fraud protection.

Keycode & Free Updates: Keycode are sent automatically within minutes as well as updates are free.