Find Out Effective Methods To Retrieve Deleted Data Like Photos, Contacts, Videos, SMS, Call Logs And Many More From LG G8X ThinQ/G8 ThinQ With Or Without Backup!

Summary: Have you have lost or accidently deleted your data from your LG G8X ThinQ or LG G8 ThinQ? It doesn’t matter whatever may be the reasons behind the deletion of data, just read this article and follow the methods as it will help recover lost or deleted data from LG G8X ThinQ/G8 ThinQ with or without backup.

By using Android Data Recovery, you can easily:

LG Company has got fame all over the world and day by day its users are increasing. They have launched many smartphones among them they have also launched the two smartphones named as LG G8X ThinQ and LG G8 ThinQ.

The two phones are described as below:

Do more at once with LG G8X ThinQ™ Dual Screen

But it does not matter whatever may be the good quality and features a phone have, data loss still occurs in every Android phone, including this two smartphone. There could be several reasons for the data deletion.

Some of the common reasons that are responsible for the deletion of files from the phone are mentioned below.

Reasons: How Data Get Lost Or Deleted From LG G8X ThinQ/LG G8 ThinQ

As there are many scenarios that leads to data loss from your phone some of the common reasons are following:

So, those were some of the common scenarios due to which data may get deleted from your LG phone.

So, now the question arises – How do you recover deleted or lost data from LG G8X ThinQ or LG G8 ThinQ?

Well, continue reading the article to find out the solutions!

Additional Reading: How To Fix “Unfortunately, Viber Has Stopped” On Android

If you have taken backup of your LG phone data with the help of local backup before the deletion of files from your smartphone then you can easily restore the backed up data from your phone.

Follow the below steps to restore your backed up LG G8X ThinQ/G8 ThinQ data from local backup:

Step 1: On your phone go to Settings > Device > Backup & Reset > LG Backup > Backup & Restore. If you have created backup of your data earlier then here you can view all the backed up files.

Step 2: Then go to “Restore from backup” option. Select the relevant backup file that you wish to restore.

Step 3: After that tap on “Next” and then on “OK” button to begin the restoration process.

Step 4: Once the restoration process gets completed tap on “Done”. 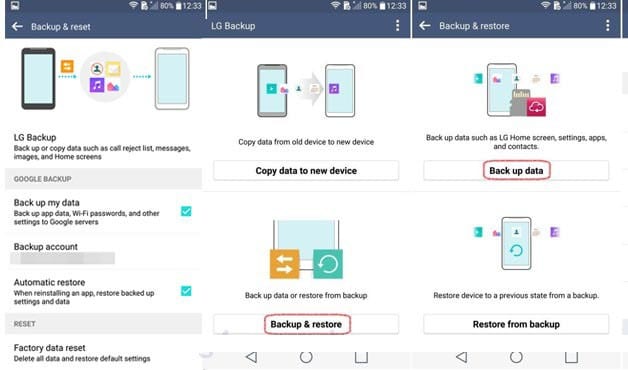 Additional Reading: How To Unlock Android Phone Without Factory Reset

Step 3: Once you logged in then you can see the backed up photos, videos and documents.

Step 4: Here you can select the photos, videos and documents which you want to restore and then download them from there. 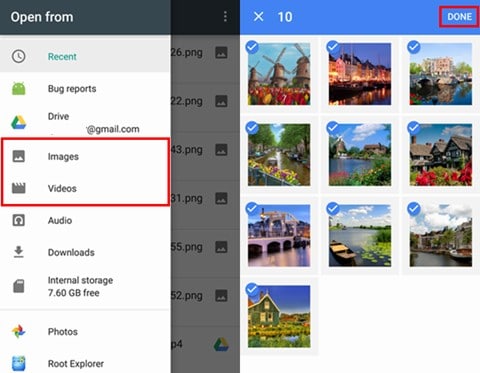 Note: The above two methods will only work if you have taken the respective backup before the deletion of data.

But now the question arises – What if you do not have any type of backup or if you have not taken any backup of your LG G8X ThinQ/G8 ThinQ phone’ data?

How will you recover deleted data from LG G8X ThinQ/G8 ThinQ without backup?

Well, not to worry thee solution is mentioned in the next method, just go through it.

Most of the time users forget to keep backup of their data and due to some reasons when they lost their data then they look for the solution on how to get deleted files back to their device.

Most important part about this LG G8 ThinQ Data Recovery tool is that it is available for both Windows and Mac computer. And it retrieves files from both phone’s internal storage as well as external SD card.

Note: One thing you have to keep in mind that after the deletion of data from your phone, you must stop using your LG G8X ThinQ/G8 ThinQ phone and do not add any new data on your device because adding new data will overwrite the existing data and hence you may lose the chance of successful recovery of files.

Below follow the step by step tutorial on how to recover lost or deleted data from LG G8X ThinQ or LG G8 ThinQ without backup with the help of Android Data Recovery software. 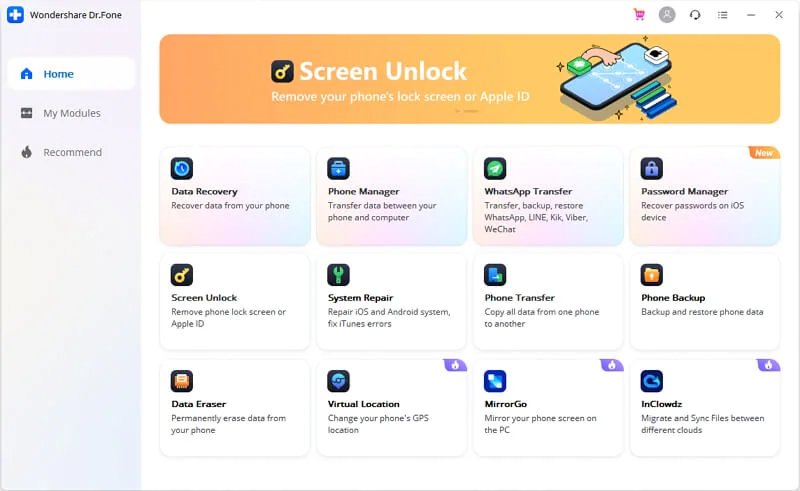 Now you have to connect your phone to the computer by using USB cable. Next you have to enable USB debugging on your Android phone. When your phone gets detected then you will get the screen as shown below. 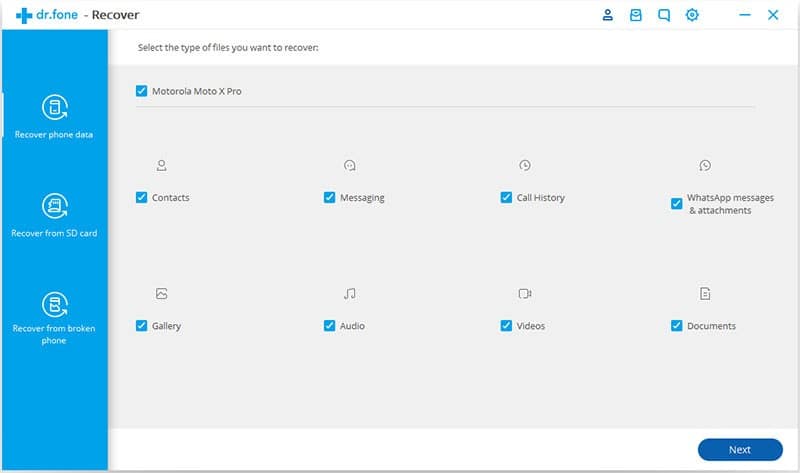 When your phone gets connected, then Recover (Android) tool will show your all phone’s data type which it supports to recover. By default, it has already have a check mark in all the file types. You can simply select those file type which you wish to recover. 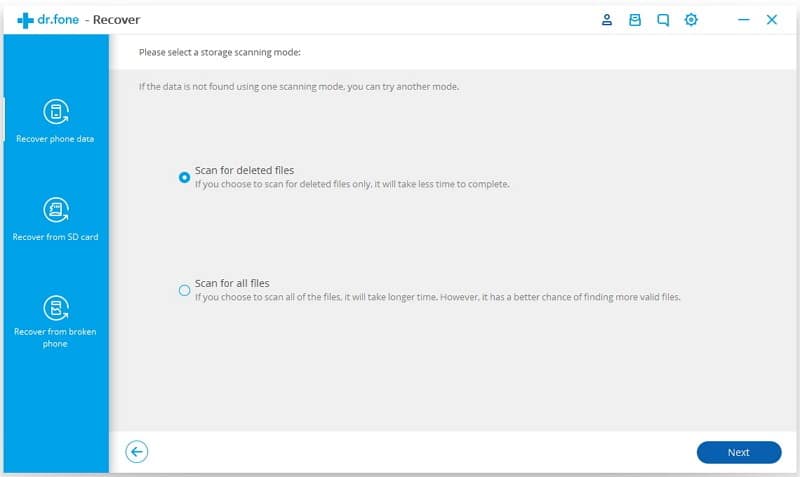 Now you have to click on “Next” to continue the data recovery process. The software will first analyze your device. 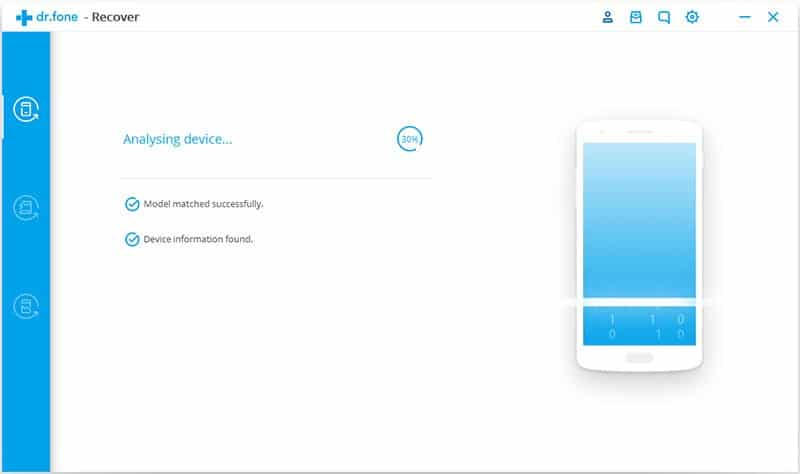 And then software will continue to scan your device to rescue your deleted data. It will take some time. 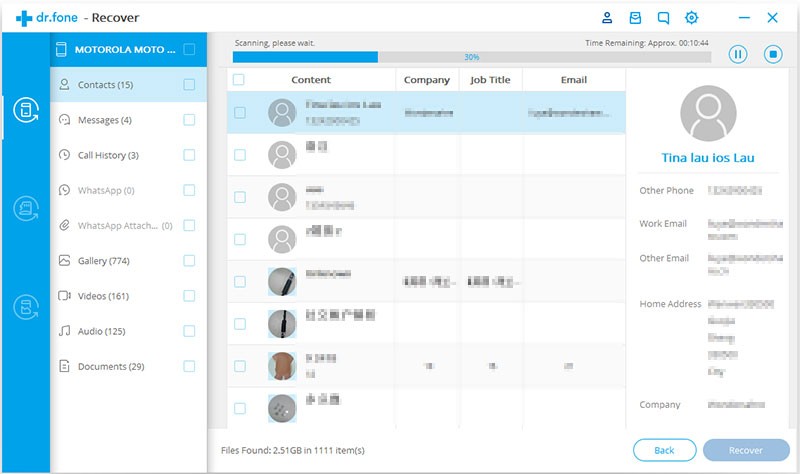 When the scan process gets completed, now you can preview recoverable data. Select the files which you want and click on “Recover” to save all the erased data on your computer. 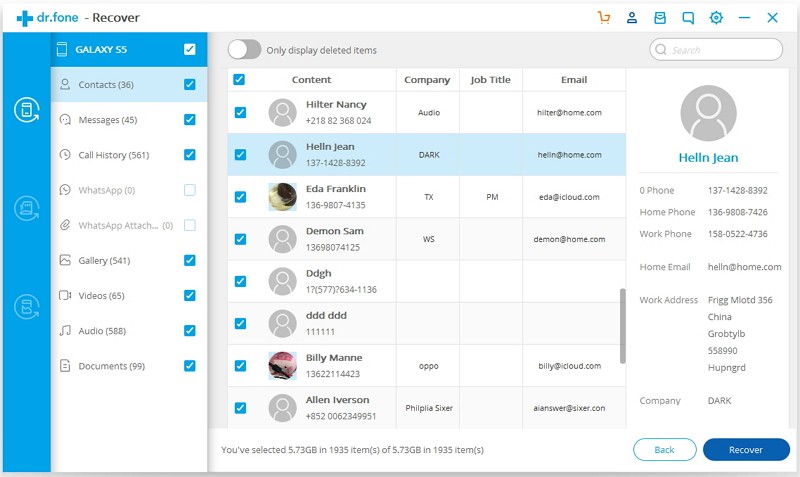 Additional Reading: How To Recover Deleted or Lost Videos On Android Phone

It is always suggested that you must regularly backup your phone’s data because you never know when your files can get erased from your device. So, if you have backup then you can easily restore them back to your smartphone in any data loss scenarios.

The best way to back up your LG data is to use Android Backup & Restore software as it will backup different types of data and it also give you the option to selectively backup and restore your files.

It is very good for you if you have habit to regularly backup your data because when you accidentally delete or lost data, then at such cases you can restore your data from the backup.

But in case if you have forgotten to backup or do not have any type of backup of your phone’s data then you are highly suggested to try Android Data Recovery software as it will help you to directly recover deleted data from LG G8X ThinQ/G8 ThinQ without backup.

Emily is a founder of recover-android-data.com. She loves to write tips, tricks, fixes for errors, data recovery solutions and more related to Android. Beside that, she also loves to travel, watch movies and play online games.